Woodstock was a music festival, held at Max Yasgur’s 600 acre dairy farm in the rural town of Bethel, New York from August 15 to August 18, 1969. Thirty-two acts performed during the sometimes rainy weekend in front of nearly half a million concertgoers. It is widely regarded as one of the greatest moments in popular music history.

A lot of 40 year anniversaries are popping up this year, causing people to ask me what the heck was going on in 1969. 1969 was a year of transition. 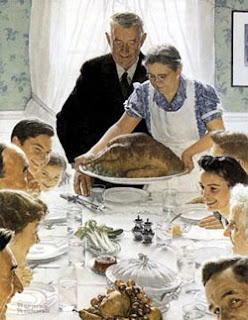 January 10 – After 147 years, the last issue of The Saturday Evening Post is published. The Post was no longer relevant. Norman Rockwell’s America was gone because hippie vegetarians refused to eat turkey on Thanksgiving or even wear shoes and a shirt to the dinner table.

January 30 – The Beatles give their last public performance, on the roof of Apple Records. The impromptu concert is broken up by the police. 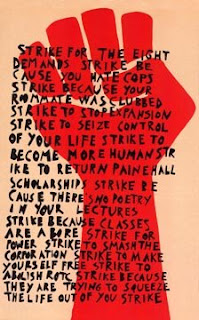 April 9 – The Harvard University Administration Building is seized by close to 300 students, mostly members of the Students for a Democratic Society.
April 20 A grassroots movement of Berkeley community members seizes an empty lot owned by the University of California to begin the formation of “People’s Park.” These events started a college league for student protest which ends with the shootings at Kent State, Ohio in 1970.

June 1 – In Montreal, Canada, Give Peace a Chance (which brought about the end of the Viet Nam War) is recorded during the famous bed-in for peace by John Lennon and Yoko Ono.

June 28 – The Stonewall riots in New York City mark the start of the modern gay rights movement in the U.S.

July 14 – Football War: After Honduras loses a soccer game against El Salvador, rioting breaks out in Honduras against Salvadoran migrant workers, prompting a brief Salvadoran invasion of Honduras. U.S. sports fans continue to insist that the baseball “World Series” is the biggest sporting event on the planet.

July 16 – Apollo 11 lifts off, headed for the moon.
July 18 – Edward M. Kennedy drives off a bridge on his way home from a party on Chappaquiddick Island, Massachusetts. Mary Jo Kopechne, a former campaign aide to his brother who was in the car with him, dies in the incident, along with Paul McCartney. Teddy thus kills his Presidential hopes, saving potential assassins all the trouble.

July 20 – The Apollo 11 lunar module Eagle lands on the lunar surface. The world watches in awe as Neil Armstrong takes his historic first steps on the Moon. 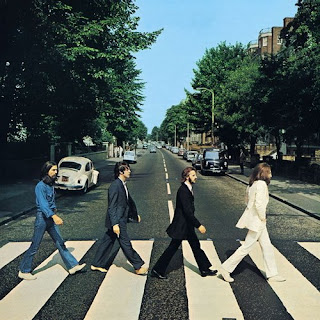 August 9 – Inspired by Armstrong’s moon walk, for the cover of their last album, the Beatles have their photo taken walking across Abbey Road.

August 9 – In response, members of a cult led by Charles Manson murder Sharon Tate and her friends at Roman Polanski’s home in Los Angeles.

August 15–18 – The Woodstock Festival is held in upstate New York. This three days of peace and love, sex and drugs failed to end the war but did establish a new marketing demographic: the Woodstock generation.

September 2 – The first automatic teller machine in the United States is installed in Rockville Centre, New York. Thousands of New Yorkers immediately draw out all their savings and go bankrupt just because it is so damned convenient.

October 16 – In an ironic parallel to the NY Jets defeat of the Baltimore Colts in January, The “miracle” New York Mets win the World Series, beating the heavily favored Baltimore Orioles 4 games to 1, prompting a brief invasion of New York by Baltimore.
October 29 – The first message is sent over ARPANET, the forerunner of the internet.

December 1 – Vietnam War: The first draft lottery in the United States is held since World War II . Several resisters decide not to play until the pot gets really big.